Because some who watch the film won’t have had the pleasure of meeting Dede and Bob, we wanted to provide some background on their lives and legacies. Their families were kind enough to provide the following information and photographs.

Dede grew up in Toledo, Ohio and earned a bachelor’s degree in Physical Therapy from Ohio State University in 1972. She found work at Good Samaritan Hospital in Phoenix and quickly progressed in the Physical Therapy Department. After several years specializing in spinal cord injury, she decided to change her career focus to pediatrics. Her next stop was Mesa, Arizona, where she had her first opportunity to work with kids and horses. Later, she earned her Doctor of Physical Therapy degree at Rocky Mountain University. In 1982, Dede married Jeff McDonald in Jackson, Wyoming. There, they raised their three sons, Ryan, Kyle and Sean.

Dede was an active and beloved member of the Jackson community, where she enjoyed a successful, four-decade career dedicated to providing support and services to children with developmental disabilities. She was a founder of the Jackson Hole Therapeutic Riding Association. Dede worked with several organizations in Jackson including the Children’s Learning Center, C-Bar-V, Teton County School District #1 and Wyoming Special Olympics.

Through her work, Dede was involved with the care of many of the children with developmental disabilities in Jackson and the State of Wyoming, including many characters featured in Hearts of Glass. She was an early supporter of Vertical Harvest and its social mission.

Dede’s legacy is carried on through Presume Competence of Jackson Hole (PCJH) — a charitable organization established in her memory — which provides pediatric therapeutic equipment and support to the greater Teton Valley community. PCJH serves as a resource to enhance the quality of care provided to children with developmental disabilities, to help them achieve their potential, and to promote the ideal of “presume competence in all people.” For information visit pcjackson.org.

“We were drawn in from the opening [of Hearts of Glass] … I know Dede would have loved it, because you succeeded in showing competence, not just presuming it’s there.”
– Jeff, Ryan, Kyle and Sean McDonald 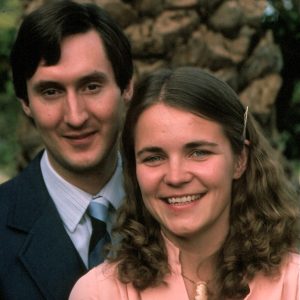 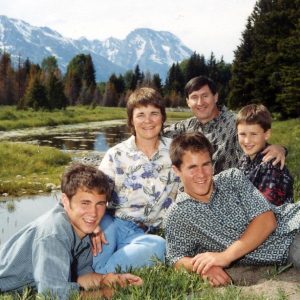 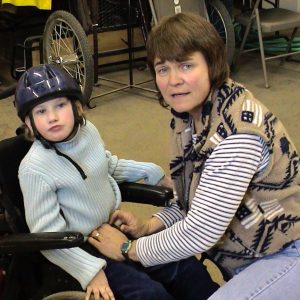 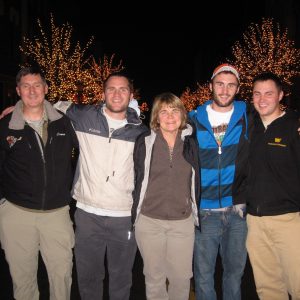 Bob was a lifelong entrepreneur with a dry sense of humor, persistent curiosity and a visionary yet practical intellect. Just out of college, he started a company with his brother Stephen in Connecticut. Peel Away safely removed lead-based paint without releasing toxins into the environment. Bob worked crazy hours, but he also developed an interest in healthy food and attended the renowned Natural Gourmet Institute in New York City.

At 28, Bob and his girlfriend since college, Melanie Harrice, sought change and moved to Tucson, Arizona. It was there they focused on their respective life passions — food and writing.

Bob and Mel married and in 1996 moved to Jackson. Both pursued their work passions, with Bob gaining more food-related experience and seeking out sustainable food practices. He and Mel purchased and ran a small organic bakery, café and market. Over time, they grew it into a larger hybrid organic and conventional market, Jackson Whole Grocer.

A close friend of Bob’s described the store as “a place where food is overflowing with heart.” It was about promoting health, community, sustainable practices and connecting local producers with consumers. It was also about developing relationships that later included the founders of Vertical Harvest.

With a twinkle in his eye and an ever-present sense of humor, Bob was the face of Whole Grocer. He was kind, compassionate and selfless. He treated everyone as family.

In 2010, Bob and Mel sold the now-thriving Jackson Whole Grocer and together they traveled, sailed, rode horses, canoed, visited with friends and family, and generally had a great time playing. Nonetheless, Bob continued his life of service, dedicating time to numerous causes and local boards, while connecting people and facilitating projects.

Wherever he went, Bob carried a brown leather messenger bag. Inside was his laptop and a half-dozen marked up yellow legal pads filled with an abundance of exceptional ideas and concepts that were to be his next project. As Mel has said, “In only 53 years Bob lived several wonderful lifetimes, and he let nothing stop him from following his dreams.”

“He [Bob] would be so proud of Hearts of Glass because it reflects his love for the entrepreneurial spirit, desire for an inclusive community and dedication to sustainably-produced, healthy, local food.”
– The Arndt and Harrice Families 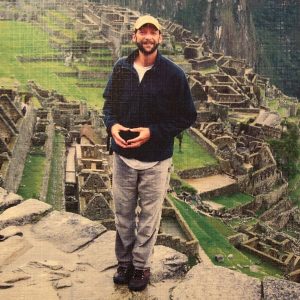 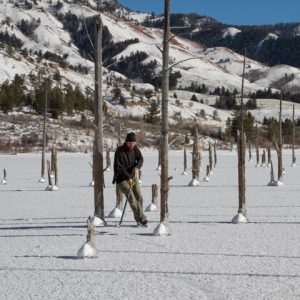 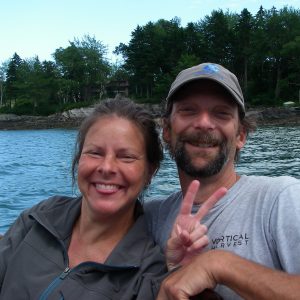 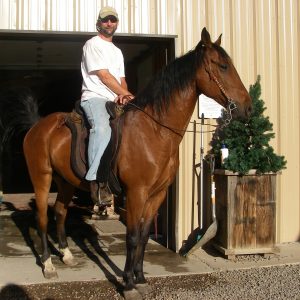