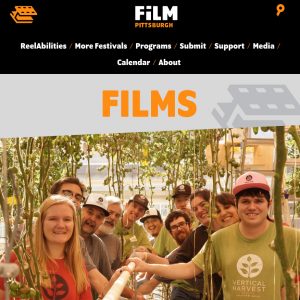 We’re delighted to have our Pittsburgh premiere on September 9 as part of the ReelAbilities Film Festival. Hearts of Glass will screen as part of the programming for the inaugural Richard Meritzer Award.  The award will be presented to the Pittsburgh Cultural Trust. The award honors the memory of Richard Meritzer (1953-2019), who served as ADA Coordinator for the City of Pittsburgh from 2007 to 2019 and was a leader in promoting understanding and implementation of the Americans with Disabilities Act.